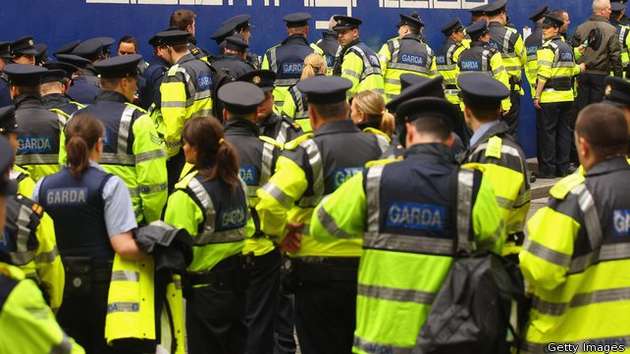 MAYO, Ireland - The Association of Garda Sergeants and Inspectors met for their annual conference in Westport and members discussed demands for more on-duty protection, along with the core issues of pay hikes.

At the conference, Garda sergeants, inspectors and members are said to have passed a motion seeking to be issued with personal miniature cameras for protection while on duty.

Josephine Feehily, Chairperson of the Policing Authority said that she believes Gardai have shown they have the knowledge and ability to tackle organised crime. She however added that there was a need to enhance the visibility of An Garda Siochanaboth in urban and rural areas.

Adding, the head of the Garda Inspectorate said that 300Gardai that are currently involved in clerical work could immediately be released to police the streets.

The core agenda at the conference however was AGSIs campaign for the full restoration of garda pay to pre-crisis levels.

Even though AGSI spoke about industrial action and discussed going on a strike, reports claimed that many members were apprehensive about picketing authorities as strike action would be illegal.

Reports further quoted John Jacob, General Secretary of the AGSI as saying that he is willing to go to prison over Garda pay demands.

AGSI also gave the go-ahead to its national executive to launch an immediate protest campaign at the conference.

Mid-ranking gardai are said to be planning a special delegate conference in June to debate a range of protest options, including a strike, if there is no progress on their claims for a restoration of pay rates to pre-2008 levels.

This is the first time that a strike has been put on the agenda by the Gardai.