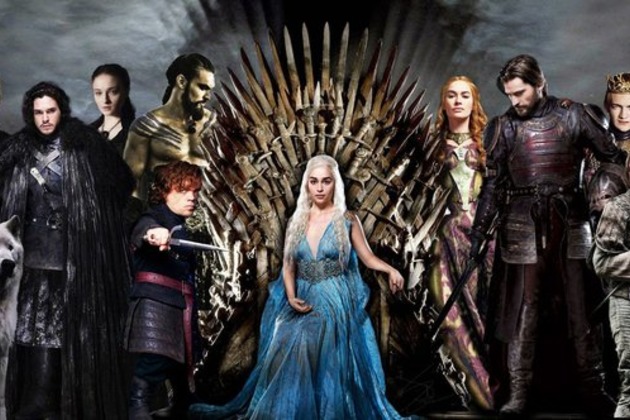 CALIFORNIA, U.S. - With all the excitement related to the upcoming season of Game Of Thrones sending fans in a never-before-seen frenzy - spoilers and conspiracies have been doing the rounds for months now.

And as the epic series returns for a final season in July this year, a swanky new GoT fan theory generator has suddenly gained popularity among fans from across the world.

The fan theory generator, created by web designer Vasanth Seshadri and a bunch of his friends, is called Theories are Coming.

It allows fans to pair together 10 of the biggest series storylines with 10 leading characters for an explanation of a possible scenario.

Theories offered range from completely maddening to utterly ridiculous and some that even make sense.

For example, one scenario explains how Sansa could have made the Mad King, actually mad.

The generator explains, "It's often said that the Mad King heard whispers that turned him mad. What if it was Sansa asking for lemon cakes?"

It goes on, "Her fondness for citrus confectionary is passionate enough to transcend the boundaries of time and space. A redhead from the future asking repeatedly for one very specific sort of cake can turn anyone mad. If you don't believe me, try it."

Other theories go on to explain how Sansa could actually be the lord of lights, interacting with all those who ask questions through the flick of her red hair.

Other characters on the generator include Jon Snow, Tyrion, Cersei and Ayra, with the Red Wedding and the rise of the White Walkers among the scenarios at one's disposal.

Game Of Thrones released a new trailer in March, even teased shot of leading characters from the series walking up to claim their thrones.

Last season, the finale ended with Daenerys sailing towards Westeros with an army and a trio of dragons at her back.

While King Tommen killed himself, his mother, Cersei Lannister assumed the Iron Throne and Jon Snow was unofficially crowned King of the North.

And more importantly - Winter is here.

Lego closes stores in Russia, being reopened under name World of Cubes

MOSCOW, Russia: After Danish toy maker Lego exited Russia due to Moscow's February invasion of Ukraine, 65 of its stores ...

GENEVA, Switzerland: In an effort to ease power shortages this winter, the Swiss government said it will temporarily loosen water ...

Lyft taxi service puts hold on hiring due to US recession

SAN FRANCISCO, California: Ride-hailing firm Lyft said it is freezing all U.S. hiring through the end of the year, in ...

DETROIT, Michigan: Ford Motor Co. has announced that it will invest $700 million in its Kentucky plant, which will assemble ...

Lego closes stores in Russia, being reopened under name World of Cubes

MOSCOW, Russia: After Danish toy maker Lego exited Russia due to Moscow's February invasion of Ukraine, 65 of its stores ...

GENEVA, Switzerland: In an effort to ease power shortages this winter, the Swiss government said it will temporarily loosen water ...

BERLIN, Germany: As Germany grapples with surging gas and electricity costs caused largely by a collapse in Russian gas supplies ...

DUBLIN, Ireland: The European Commission has given Ireland two months to respond to another 'reasoned opinion' on the cutting of ...

The Light Between Oceans