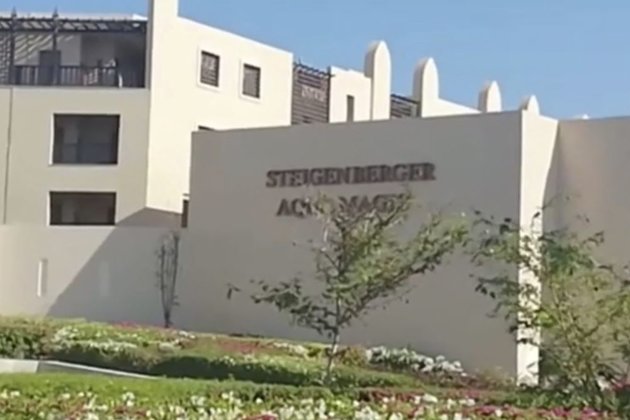 CAIRO - Tests showed that E.coli bacteria were behind the deaths of two British tourists in a hotel in Egypt's Red Sea resort of Hurghada, the country's chief prosecutor said Wednesday.

The statement by prosecutor Nabil Sadek came a week after travel company Thomas Cook said that there was a 'high level of E.coli and staphylococcus bacteria'' at the Steigenberger Aqua Magic Hotel where John and Susan Cooper died Aug. 21 after falling ill in their room in the five-star hotel.

He said that tests also showed no links between the couple's deaths and the spraying of their neighboring room with lambda-cyhalothrin 5 percent. The insecticide is safe to use, according to the statement.

The couple's bodies showed 'no criminal violence'' and other tests showed no toxic or harmful gas emissions or leaks in their room. Tests on air and water at the hotel found nothing unusual, the statement said.

There was not an immediate comment from the Steigenberger Aqua Magic Hotel. Thomas Cook, meanwhile, said it needed time for its own experts to review the prosecutor's statement.

Egyptian authorities in August dismissed criminal motives as being behind the deaths. They said an initial medical examination of John Cooper showed he had suffered acute circulatory collapse and a sudden cardiac arrest. They also said Susan Cooper was later rushed to a hospital after fainting and underwent resuscitation attempts for 30 minutes but died.

The Coopers' deaths last week prompted Thomas Cook to evacuate its 301 customers from the hotel as a 'precautionary measure.''

Egypt's vital tourism industry has been dealt a severe blow by political turmoil that ensued after a 2011 uprising that toppled longtime autocrat Hosni Mubarak. A 2015 Islamic State bombing of a Russian passenger plane over the Sinai Peninsula, which killed all 224 people on board, was among several incidents that led to the decimation of the country's multibillion-dollar tourism industry. Russia subsequently imposed a two-year ban on all flights to Egypt.

Earlier this year, Russian flights to Cairo resumed, but flights to resort cities have yet to be decided upon.

Britain, another major source of visitors to Egypt, also suspended flights to Sharm el-Sheikh, the popular Red Sea resort in Sinai from which the doomed Russian airliner took off shortly before it crashed.

The government has gone to great lengths to bolster the sector by launching tourism campaigns, touting new archaeological discoveries, boosting security around historical sites and stepping up security at airports.