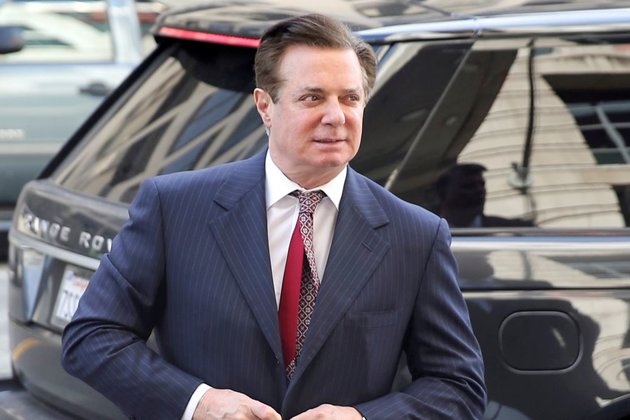 It remains unclear if the deal will include Manafort cooperating with Special Counsel Robert Mueller's probe into Russian interference in the 2016 U.S. presidential election and possible collusion with the Trump campaign.

A move by Manafort to cooperate could be a blow to Trump, while an outright guilty plea with no cooperation would resolve a cloud over the president ahead of congressional elections in less than two months.

'It's close but not there yet,' one of the sources said about negotiations over a deal.

Jury selection is scheduled to begin in Washington, D.C., on Monday in Manafort's second trial in federal court on charges including conspiring to launder money and defraud the United States, and failing to register as a foreign agent for the tens of millions of dollars he earned lobbying for pro-Russian politicians in Ukraine.

Manafort was convicted in Virginia on eight counts of bank and tax fraud and failing to disclose foreign bank accounts in the first trial that ended last month. Prosecutors said he evaded taxes on $16 million laundered through shell companies overseas.

The talks over a deal come ahead of a planned hearing in Washington on Friday where the judge, among other things, is scheduled to rule on evidence to be allowed at trial. Manafort could plead guilty at the hearing, one of the sources said.

Three members of Manafort's defense team - Kevin Downing,Thomas Zehnle and Richard Westling - declined to comment as they entered their office on Thursday evening. Mueller's spokesman Peter Carr declined to comment on the possible deal, which was first reported by ABC News.

Manafort's wife Kathleen also did not answer questions when she stopped by the lawyers' office to drop off a navy men's suit.

Joshua Dressler, a law professor at Ohio State University, said it made sense that Manafort, 69, was considering cutting his losses and avoiding the time and money needed to defend himself against a second trial.

Manafort is already facing 8 to 10 years in prison from the eight guilty counts in Virginia, terms that may not change significantly no matter the outcome of the second trial.

'With eight convictions already in place, and more possible convictions awaiting him, it seems that he has been bloodied up enough to see the light,' Dressler said.

Manafort worked for five months on Trump's 2016 campaign, including three as chairman. He resigned in August 2016 following a news report linking him to covert payments from a pro-Kremlin political party in Ukraine.

Rudy Giuliani, the former New York City mayor who is representing Trump in the Russia probe, previously told the Politico news outlet that taking a plea deal to avoid a second trial would not crush Manafort's chances of receiving an

eventual presidential pardon. Trump has not said whether he would pardon Manafort but he has not publicly ruled it out.

Manafort was at a controversial meeting at Trump Tower in 2016 where Russians were offering 'dirt' on election opponent Hillary Clinton. Trump's critics have pointed to the meeting as evidence of the collusion with Russia that Trump denies.

'I don't think he has any information that would hurt the president,' Giuliani told Reuters.

Trump praised Manafort last month for not entering into a plea agreement, as the president's former personal lawyer Michael Cohen had.'Unlike Michael Cohen, he refused to 'break' - make up stories in order to get a 'deal. Such respect for a brave man!,' Trump wrote on Twitter on August 22.

Gates could be called as a prosecution witness in his Washington trial as well, as could veteran political operative Samuel Patten, who pleaded guilty to unregistered lobbying for Ukrainian politicians two weeks ago.

A second trial could delve deeper into Manafort's Russian connections including to Konstantin Kilimnik, a Ukrainian-Russian political consultant who was indicted along with Manafort and who Mueller's team has linked to Russian intelligence.

Prosecutors have said Manafort and Kilimnik conspired to tamper with witnesses, which prompted U.S. District Court Judge Amy Berman Jackson to revoke his bail and order him jailed pending trial.