Iranians Ready to Negotiate, but Not under Pressure: Omani FM 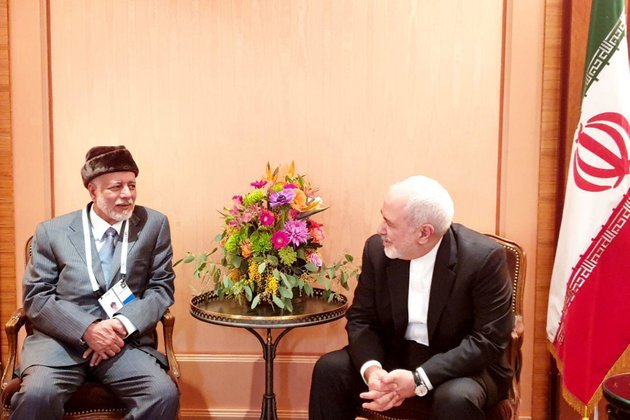 Oman's Foreign Minister Yusuf Bin Alawi says he learned from his recent visit to Tehran that the Islamic Republic is open to talks with the US but not under pressure.

Speaking in a Wednesday interview with BBC Arabic, bin Alawi said the Iranians are prepared to talk about their foreign policy, but under different circumstances and not under pressure.

He further noted that his country does not play the role of a mediator between Iran and the United States, but Muscat is very worried about the current situation and believes with the help of others the current tension in the region can be controlled.

"At the same time, we think the two sides, i.e. Iran and the US, along with their friends have realised that the current tension may lead to disaster and, of course, may end with an agreement," underlined Bin Alawi.

"Everyone knows that if the situation worsens, the rest of the world will also be damaged and its repercussions are not measurable."

Bin Alawi also mentioned that Iran and the United States both have the military and command capability to prevent this. It has been shown in the last 40 years. Both the Iranian and American navies have been very well established in the Persian Gulf.

"I am not worried about their usual mistakes. I am worried about the mistakes that may put the entire region on fire. In my visit to Tehran, I saw that US sanctions are unpardonable. The Iranians are prepared to talk about their foreign policy, but in different circumstances and not under pressure," he went on to say.

He underscored that the United States and the (P)GCC countries should realise that blaming each other is a very dangerous game.

Bin Alawi paid a surprise visit to Tehran on Monday, during which he discussed regional developments with Iranian counterpart Mohammad Javad Zarif.

In a statement, Iran's Foreign Ministry said the two sides had discussed bilateral ties, along with "the latest regional and international developments".

Tensions have recently mounted between Tehran and Washington with the US deploying a carrier strike group to the Persian Gulf citing "intelligence" of an imminent Iranian attack on US interests in the region.

Starbucks announces closure of all outlets in Russia

SEATTLE, Washington: Following the decision of McDonald's, Seattle-based Starbucks said this week that it will exit the Russian market after ...

SYDNEY, NSW, Australia - Stocks in Asia were stronger across the board on Friday, following a two-day surge on Wall ...

ANKARA, Turkey: The Turkish lira dropped 1 percent in value for an eighth consecutive session to beyond 15.65 against the ...

Tesla says will assemble 2,600 cars per day in Shanghai

SHANGHAI, China: Tesla plans to restore production at its Gigafactory 3 plant in Shanghai to pre-COVID-19 lockdown levels by this ...

Average age of cars on US roads rises to 12.2 years

DETROIT, Michigan: As supplies of new cars and light trucks remain tight due to supply chain issues, U.S. consumers are ...

LONDON, England: A joint declaration to boost defense and security collaboration was signed between Britain and Lithuania this week. London ...

NEW YORK CITY, New York: The market for global online tutoring services is expected to grow from $21 million in ...

Polish president: Ukraine must decide its own future

KYIV, Ukraine: Andrzej Duda, President of Poland, told lawmakers in Kyiv this week that Ukraine has the right to decide ...

MOSCOW, Russia: In the latest escalation of an energy payment dispute with Western nations, Russia's Gazprom has halted gas exports ...

ATHENS, Greece: In a significant move for Greece, which has intensified its campaign to bring back sculptures from its most ...