Online shopping: why its unstoppable growth may be coming to an end 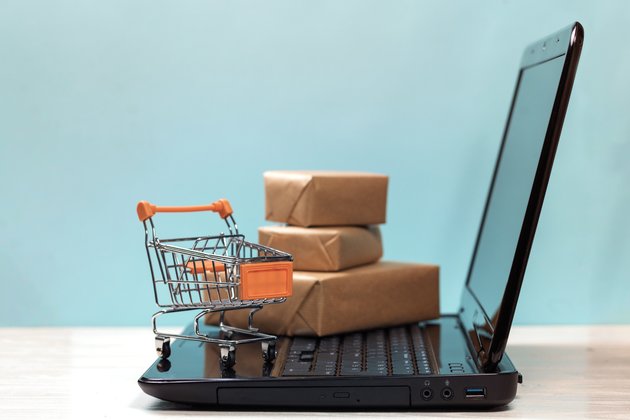 Many people probably assume that online stores are making a fortune, without all the costly bricks and mortar. But the reality is rather different. Many ecommerce activities are, in fact, unprofitable; if people had to pay the true cost of what they bought online, they would probably buy less. In fact, we think there is an inflection point approaching, when consumers will either have to pay more for online purchases or end up with fewer products and services to choose from.

Let's start with the online retail leviathan Amazon, which chalked up record profits and revenues in 2018. This is great news for Amazon shareholders, but deeper scrutiny reveals a different picture. To begin with, most of the profit was not from retail activities. Amazon Web Services, a cloud-hosting business unrelated to ecommerce, generated more operating income than the company's entire North American retail operation - and with margins over five times higher.

Even then, this was a much better performance from the retail division than in 2017, when the North American operating income was completely offset by international retail losses. In that year, Amazon's positive operating income was entirely thanks to the cloud-hosting business.

Amazon's retail improvement in 2018 came on the back of a profitability drive, much of which involved raising the consumer cost of ecommerce. For example, Amazon increased the annual membership cost of priority customer service Prime by 20% to US$119 (Pound 94) in the US, along with comparable rises in other countries.

According to one estimate, this US hike accounted for nearly a third of Amazon North America's operating margin in 2018. Yet not all of this extra profitability looks sustainable: Amazon is now seeing shrinking growth in Prime membership in North America and declines in some countries as customers at the margin decide to walk away.

Amazon has also been targeting its CRaP products, which stands for "cannot return a profit". Product lines end up in this category because of small margins or logistical challenges such as their weight or size. Bottled water, fizzy drinks and snack foods are all examples.

Amazon has been pressuring the manufactures of these products to lower sales costs. It's unlikely that this will succeed on the whole, since in many cases there's little room for improvement. This will force Amazon to choose between charging more for these products or delisting them, which will translate into higher prices for consumers or a narrower selection on the site.

Not all of Amazon's initiatives are at the expense of the consumer, it should be said. The company recently reported a 4% drop in the cost of fulfilling orders, mainly because it has been building fewer new warehouses and ramping up throughput at existing sites instead. This is a welcome development for the company, since the costs of both fulfilling orders and shipping increased as a percentage of sales each year between 2010 and 2017.

Shipping and fulfilment as a % of Amazon sales

Within its warehouse network, Amazon handles own-brand goods and those of many of the other vendors who sell via the platform. These vendors have the choice between paying Amazon a premium to completely handle their distribution and pricing, giving them full access to the Prime customer base; or having a looser relationship that can involve paying Amazon or an independent logistics company to use the warehouse network instead.

Amazon has succeeded in growing these different types of looser relationships - they now make up over half of total retail sales. Developing the third-party logistics strand is creating a new revenue stream and lowering working capital, since it means that Amazon covers less of the cost of overall sales fulfilment. This resembles the business model of the Chinese ecommerce giant Alibaba. Yet saving on working capital doesn't represent an inherent efficiency, since offloading some distribution expenses is likely to eventually be passed on to consumers as higher prices from costs incurred elsewhere.

Major rival Walmart has its own techniques for trying to make online sales more profitable. Its new approach to CRaP products is to hide them from view in Walmart consumer search results, showing as out of stock alongside alternatives that are more profitable to the company.

Interestingly, Walmart is also piloting free next-day deliveries from its stores in the US without customers having to be members of any Prime-equivalent service. The wrinkle is that the offering is limited to only high-volume, higher margin products. In both examples, Walmart is therefore pruning consumer choice in its search for more profitability online.

Walmart is also one of numerous big retailers that offer same-day grocery delivery, but this too is not all it seems.

An experienced grocery retail manager has told us that online grocery is necessary as a marketing loss leader but "impossible" to make money from. Such delivery offers are only possible, he said, because online grocery is just 2% of the overall market, since most consumers don't buy these products online. A recent study agreed with this thinking, finding that online grocery orders have a negative margin of about 15%. It is reminiscent of that old business joke about losing money on every sale but making it up in volume.

To understand the mindset of retailers like Walmart and other smaller rivals who are not purely online, a supply chain consultant told us last year that they are placing a priority on speed of change before profitability, amid pressure to stay competitive with the likes of Amazon. "It's a logic of desperation as much as it is of strategy," he said.

We can see the consequences in an interesting survey which found that in 2017, 61% of supply chain executives reported increasing product lines due to ecommerce, up from 55% in 2013. When asked about the impacts on distribution, 26% said they were implementing smaller, more localised warehouses, up from 20% in 2013. These changes inevitably lead to higher costs, which will again be passed on, at least in part, to the consumer.

Viewed as a whole, the inflection point in online shopping that we mentioned earlier could be getting close. We may have reached peak convenience and cheap prices, and might now be entering a world of more targeted offerings, with less geographic coverage, variations in order turnaround and perhaps even higher prices - all of which will slow the growth curve. At least for high street retailers who have been living with seemingly endless freefall, this may be the best news in a very long time.