Russia To Halt Train Service To Kaliningrad Due To Coronavirus 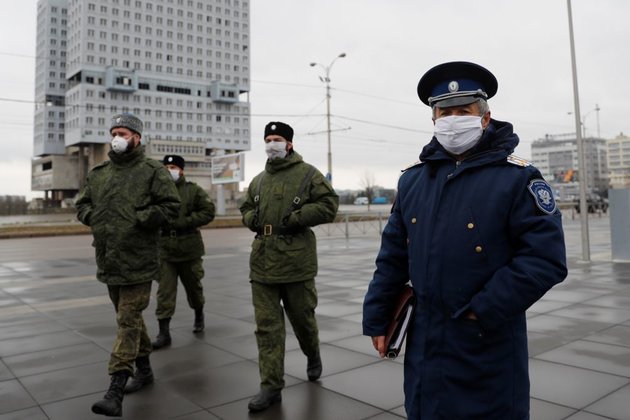 Russia is temporarily halting passenger train service between its two largest cities and the Baltic exclave of Kaliningrad as it tries to slow the spread of the coronavirus.

Passenger train service will also be halted from the exclave to mainland Russia.

Russian Railroads did not say when service would be resumed.

Kaliningrad is sandwiched between Poland and Lithuania with an opening to the Baltic Sea.

Russia, like many countries, has imposed strict travel measures, including banning international flights, in an attempt to fight the spread of COVID-19.

The number of confirmed COVID-19 cases in Russia stands at 5,389 on April 6. There have been 45 deaths in Russia from the virus.

Meanwhile, the United States said it has organized charter flights to return American citizens stranded in Russia back home.

Lawful permanent residents will be able to board the flights scheduled for the morning of April 9 if seats are available, embassy spokeswoman Rebecca Ross said in a tweet on April 5.

Those seeking to leave the country will have to register online and pay for their own tickets. The embassy warned the charter flights could be 'considerably more expensive' than regular commercial flights.

Ross said the flights will transit through London with further travel to one of six U.S. cities.

Tens of thousands of people around the world have been stranded in foreign countries after many governments banned international flights in an attempt to fight the spread of the coronavirus.

With reporting by Interfax and TASS