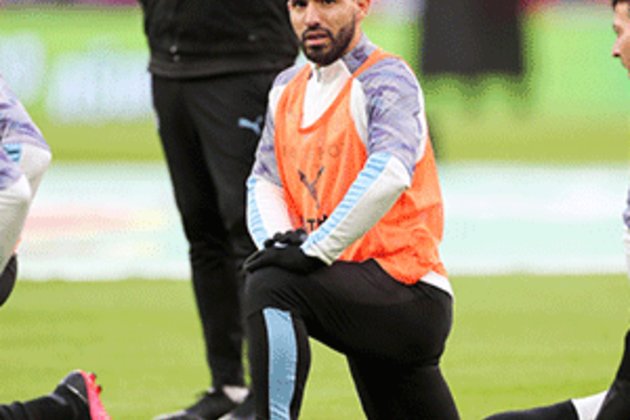 The agent of Manchester City's Sergio Aguero has rubbished reports claiming the striker is poised to leave England for Italy and Inter Milan in the off-season.

Italian transfer expert Nicolo Schira has this week claimed contact has been made with the Man City man's agent.

Numerous papers picked up the story with Schira tweeting: ""

However, that talk has been blown out of the water with Hernan Reguera saying there is no chance of the 31-year-old leaving before his contract expires next summer.

Speaking to , Reguera said: "Sergio has a contract with Manchester City until 2021. There is no possibility that he will go away sooner.

"We'll see what happens after that. I haven't spoken to Inter, and the reason is very simple: Aguero is happy with the Citizens and has no intention of changing club."

Aguero's deal expires in 2021 and he will then have been with the Citizens for a decade in which time he has become the Premier League's all-time top scorer.

The Argentina striker has a phenomenal record with City, hitting 254 goals for the club, including 180 in the Premier League.

He is a firm favourite of Pep Guardiola's with the Spanish boss saying in January that Aguero was "one of the best, no doubt".