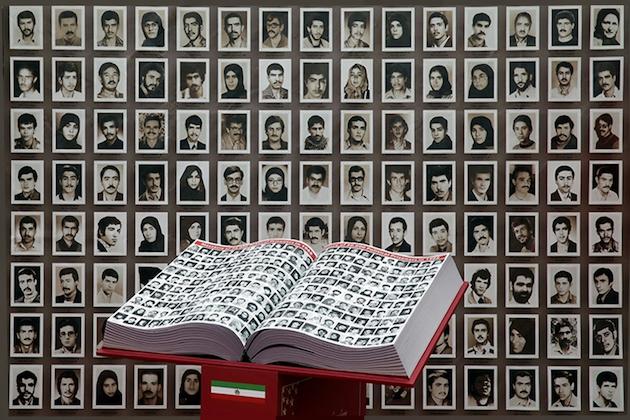 This summer marks the 32nd anniversary of the massacre of more than 30,000 political prisoners who were executed over a matter of weeks in prisons across Iran in 1988.

My own mother was a political prisoner in the 1980s for participating in a peaceful protest and has to live with the fact that many of her friends and cellmates were executed that bloody summer. My generation has grown up with the loss and destruction left behind.

Amnesty International in its December 2018 special report on the 30th anniversary of the massacre, "Blood-soaked secrets" underscored "1988 prison massacres are ongoing crimes against humanity."

On August 12, Amnesty shared excerpts from interviews with witnesses and survivors of the massacre and wrote:

"In 1988, the Iranian authorities forcibly disappeared and secretly executed several thousand political dissidents. Three decades on, families and survivors are still seeking truth and justice. We stand with them."

Yes, the survivors of this horrible crime are alive and still seeking truth, closure and justice.

Many of those executed had already served their sentences and in some cases, had previously been imprisoned and released but were arrested again, and executed during the massacre. Most of the victims were affiliated with the People's Mojahedin Organisation of Iran (PMOI).

Several human rights experts and international jurists, including former UN judges (such as renowned former UN judge Geoffrey Robertson QC, who carried out a separate investigation into the massacre) have described it as the "worst crime against humanity since the concentration camps of the Second World War."

On July 17, on the same day as the Free Iran 2020 event (the largest global Internet conference since the beginning of the Coronavirus pandemic, attended by hundreds of parliamentarians from all around the world), Moragn Ortagus, spokesperson for the U.S. State Department said: "July 19th marks the start of Iran's so-called Death Commissions... The current head of Iranian judiciary and current minister of justice have both been identified as former members of these Death Commissions. The Iranian judiciary is widely perceived to lack independence and fair trial guarantees, and the Revolutionary Courts are particularly egregious in ordering violations of human rights. All Iranian officials who commit human rights violations or abuses should be held accountable. The United States calls on the international community to conduct independent investigations and to provide accountability and justice for the victims of these horrendous violations of human rights organized by the Iranian regime."

It is beyond comprehension how the international community can accept that such a massacre took place and despite all evidence and testimonies, turn a blind eye and continue their diplomatic and economic relations and trade with such a regime, like business as usual.

This has sent a completely wrong message to the Iranian regime, and led them to fearlessly not only defend and justify their crimes, but also to continue to add to the long list of names they have amassed. Some of the recent examples include the killing of more than 1,500 protesters over the space of a few days in the nationwide November 2019 protests, and the rise in the number of executions since the beginning of this year.

One such protester, Mostafa Salehi, was executed earlier in August and political prisoner, Hedayat Abdollahpour was executed by a firing squad in May. Many more remain on death row for taking part in protests over the last three years. The regime was forced to halt planned executions of detained protesters due to international pressure and the mass online campaigns, demonstrating the effectiveness of pressure from the international community.

However, as the main Iranian opposition group, the National Council of Resistance of Iran (NCRI) has reiterated on several occasions in recent months, there is a risk of a new wave of secret mass executions in Iran's prisons if the regime's officials and leaders in Tehran continue to enjoy impunity at the international level, despite their well-documented involvement in serious human rights violations and crimes against humanity at home.

Numerous lawmakers and human rights activists share the opinion of Ms Ortagus and the former UN official, Dr. Tahar Boumedra, who stressed the need for Western democracies to step in to secure accountability for those committing serious human rights abuses in Iran.

Currently, there is an ongoing global campaign organised by the NCRI to establish an independent, international investigation into these mass executions to hold the perpetrators to account, and bring justice for the families of the victims. This campaign is supported by hundreds of political figures and human rights activists throughout the world, in particular on both side of the Atlantic. Let us hope that we can witness that day, at last.

LONDON, England: Reports from the UK's opposition Labour Party said its leader, KeirStarmer, will call for a freeze on energy ...

ZAGREB, Croatia: Authorities have said that a weekend bus crash near Varazdin in Croatia killed 12 passengers and injured 32.The ...

WARSAW, Poland: Julie, who preferred not to give her full name, booked a group of trips to Warsaw last year, ...

OTTAWA, Ontario: Military trainers from Canada will head to the United Kingdom to teach Ukrainians new techniques for fighting the ...

LONDON, England: British Airways has halted ticket sales for short-haul flights that depart before the middle of August from London's ...

DUBLIN, Ireland: Ireland's bars and nightclubs will be allowed to operate into the early morning under new regulations being proposed ...