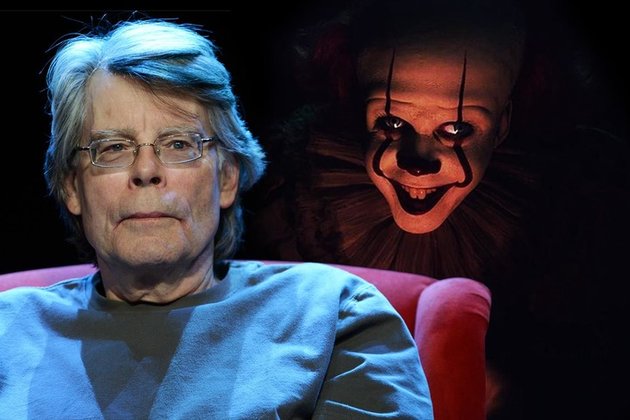 Nordic noir, self-development, pop-science: whatever the genre, Russian readers can't get enough of it, even (or especially) in translation. 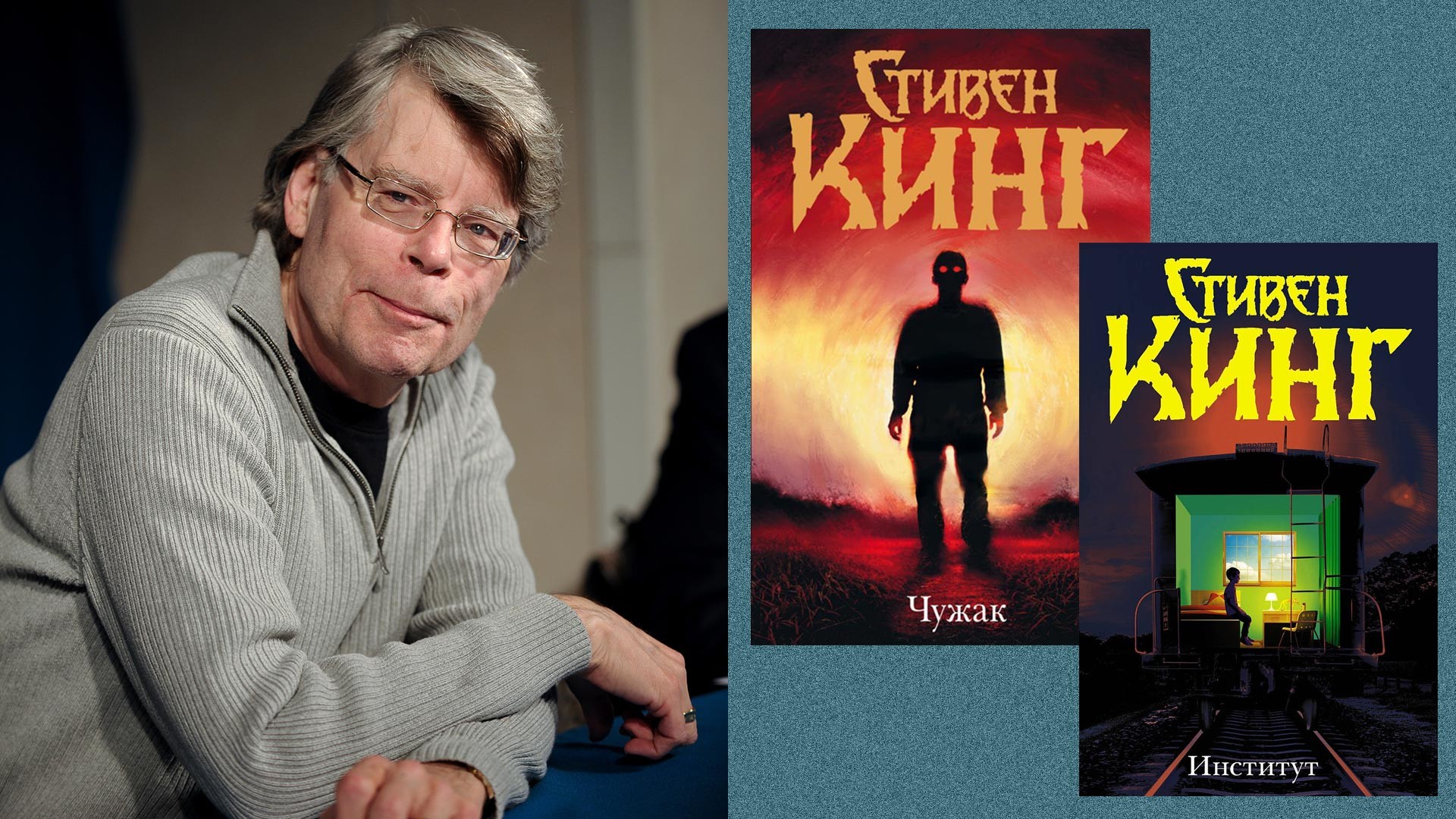 In 2020, King's The Institute was a bestseller (almost 70,000 copies sold); in 2019, it was The Outsider... the list goes on. Russians have been fond of the world's most famous horror writer since the 1990s. Book reviewers in Russia love to repeat the inspiring story of how one of today's highest-grossing authors had his debut novel rejected 30 times. When King posted a tweet in praise of Russian TV seriesTo The Lake, it was headline news. 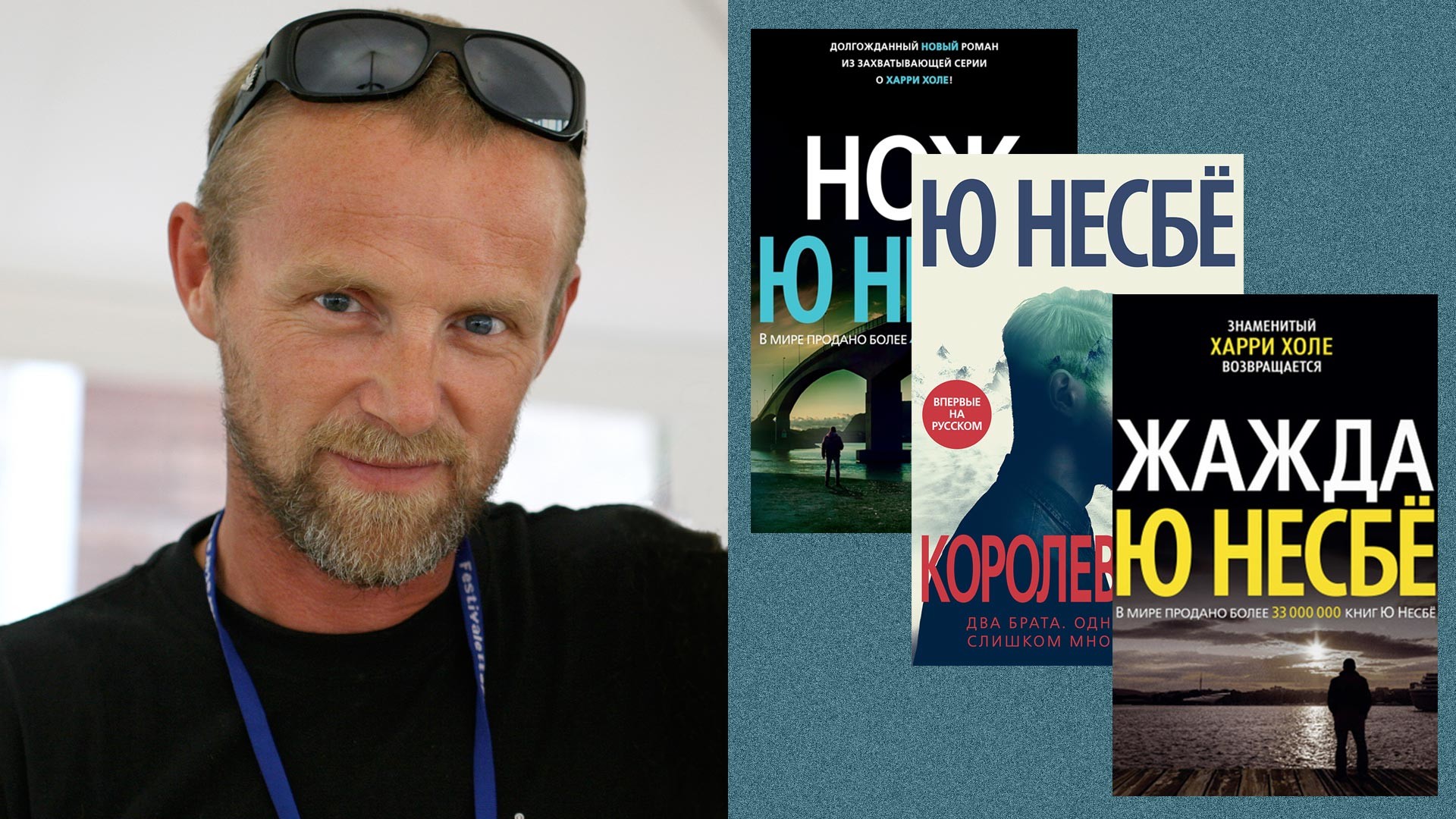 Year after year, Nesbø's noir detective novels scale the sales charts in Russia. At the end of 2020, The Kingdom, although not the leader, was a Top 10 bestseller. In 2017, the ranking featured The Thirst, the latest installment in the Harry Hole series, and in 2019 its long-awaited sequel, Knife, sold twice as many copies (almost 90,000 across all media, including the audio version). 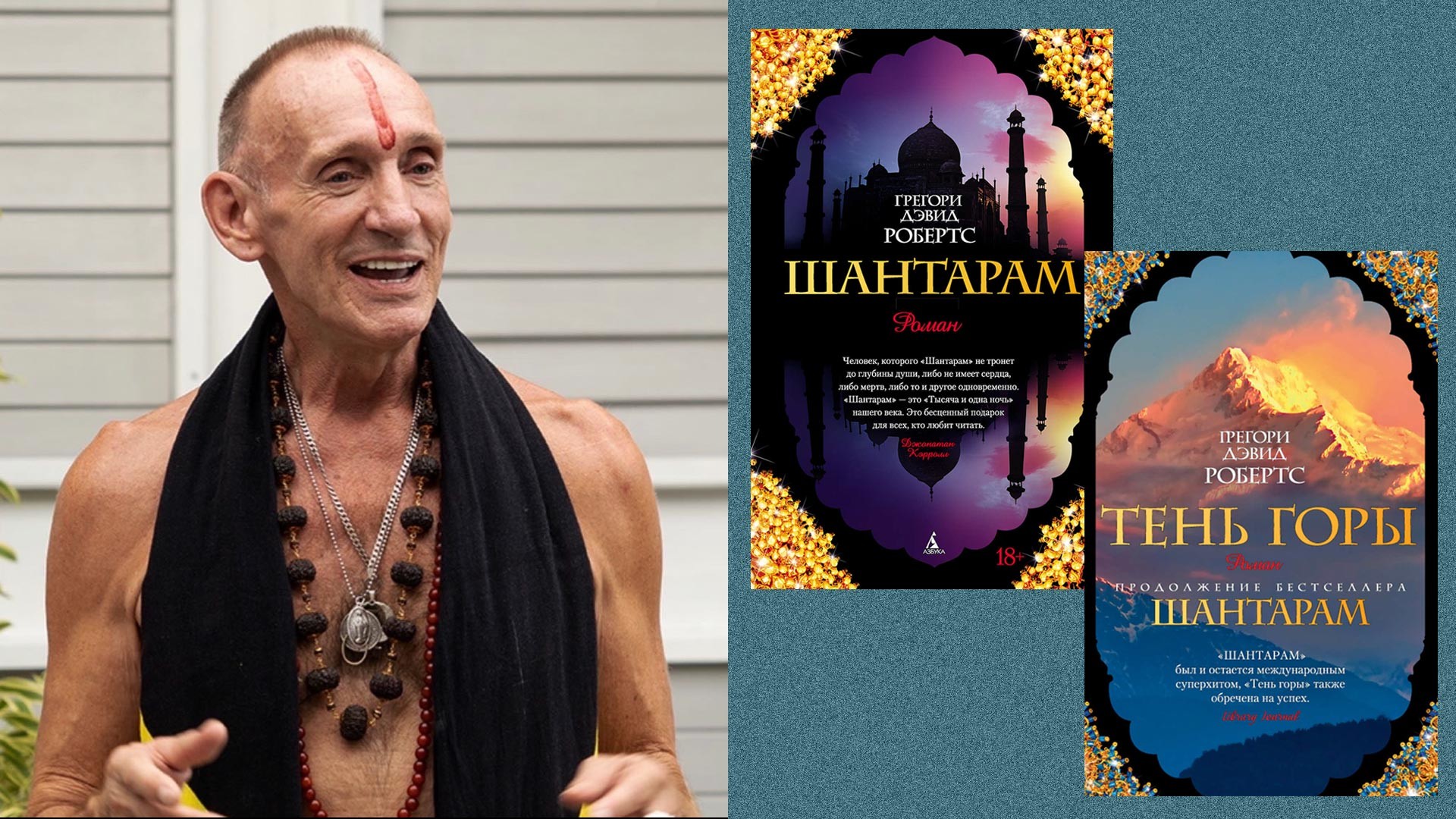 A gripping novel about the Indian adventures of an Australian prison escapee, Shantaram was published in Russian back in 2010, but remains very popular with readers to this day. In addition, it ranks in the Top 3 most listened-to audiobooks of recent years. The long-awaited sequel, The Mountain Shadow, is not far behind. In 2016, when the book first came out in Russia, the print version topped the leaderboard with 187,000 copies sold. 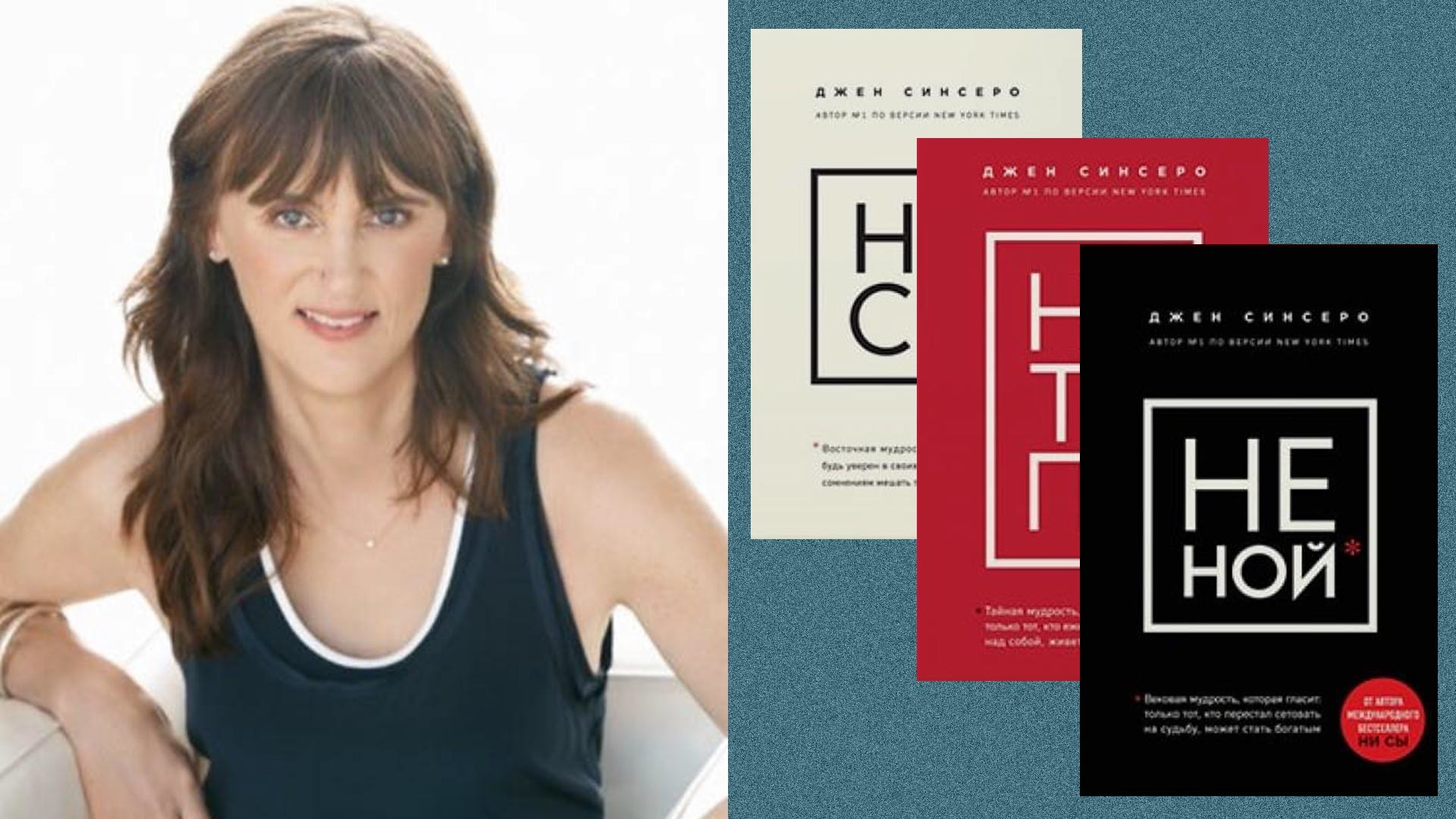 Self-development and self-improvement books are also gaining popularity. US writer and success coach Jen Sincero's You Are a Badass series about readjusting your financial mindset made a splash. In Russian, the second title in the trilogy led the non-fiction market in 2019. All three parts still sell well, both in print and electronic form, and the audio versions are especially popular. 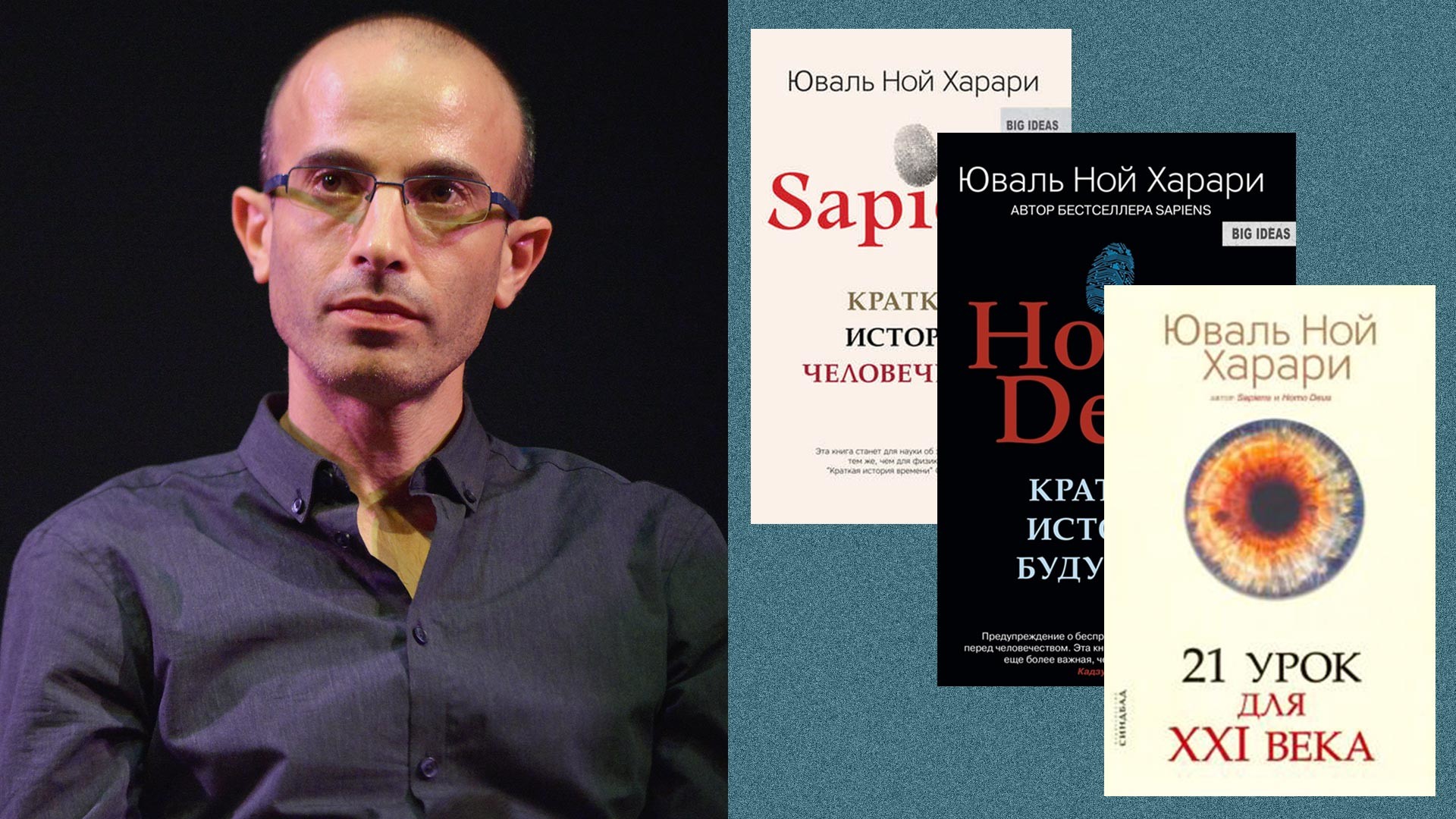 The Israeli historian's cult bestseller Sapiens: A Brief History of Humanity was published in Russian only in 2016, but has had several more print runs since. For the last three years, it has been the most listened-to audiobook in Russia. 2018 saw the release of the second part - Homo Deus: A Brief History of Tomorrow. Since the dystopia genre traces its roots back to Russia, readers there are always keen to see what awaits our fragile species in the future. 2019 saw the publication of this top-selling author's latest book, 21 Lessons for the 21st Century. 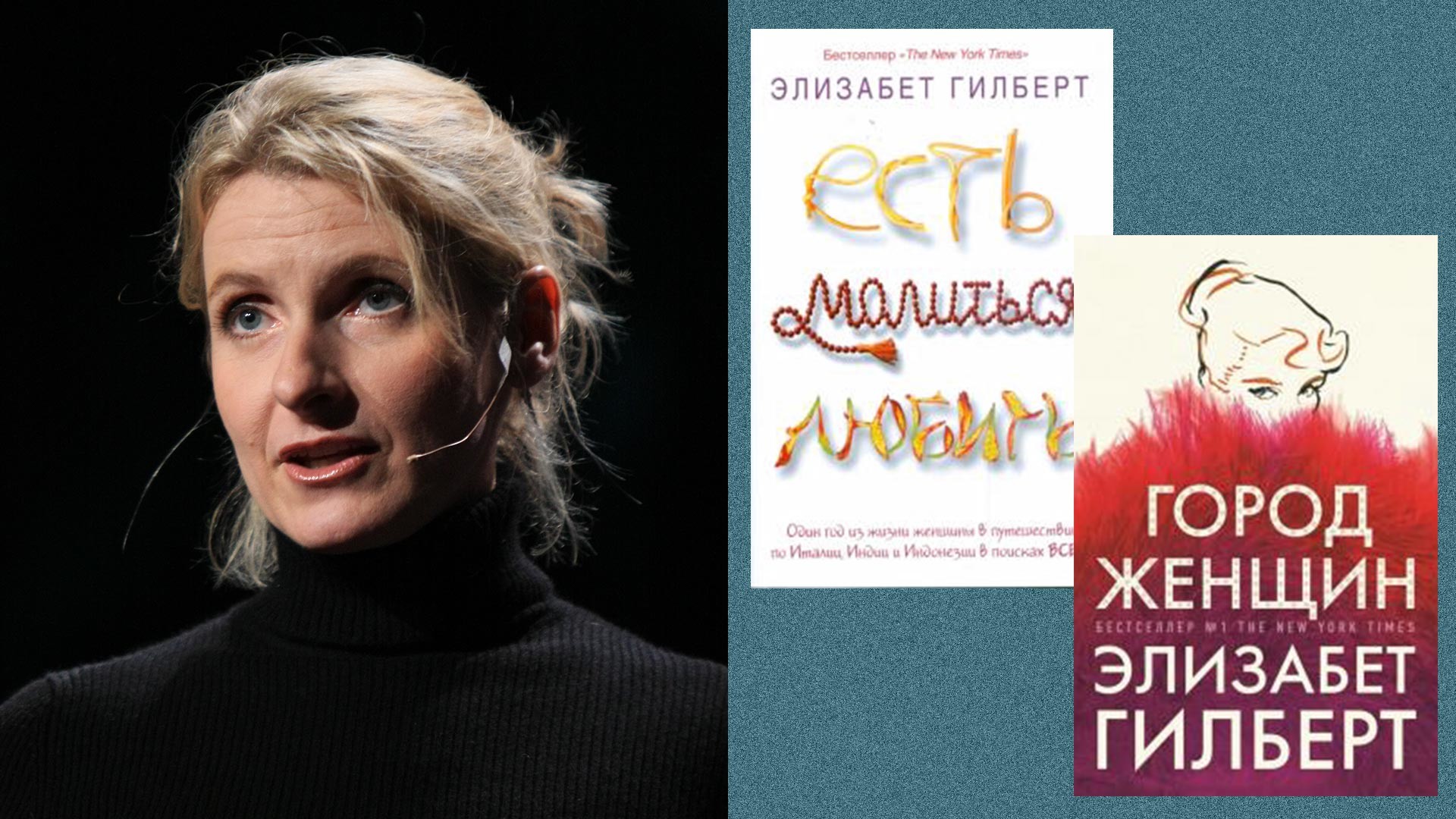 The global bestseller Eat, Pray, Love was released in Russia in 2008, two years after the original, and immediately captured the minds of Russian (mainly female) readers. Big Magic, Committed and The Signature of All Things are also available in Russian, and the 2019-published novel City of Girls about 1940s New York caused a furore. The Russian audio version of the book ranked in the Top 3 most listened-to in 2019 on Storytel, not least because of the virtuoso performance and vocal timbre of popular journalist Aliona Doletskaya. 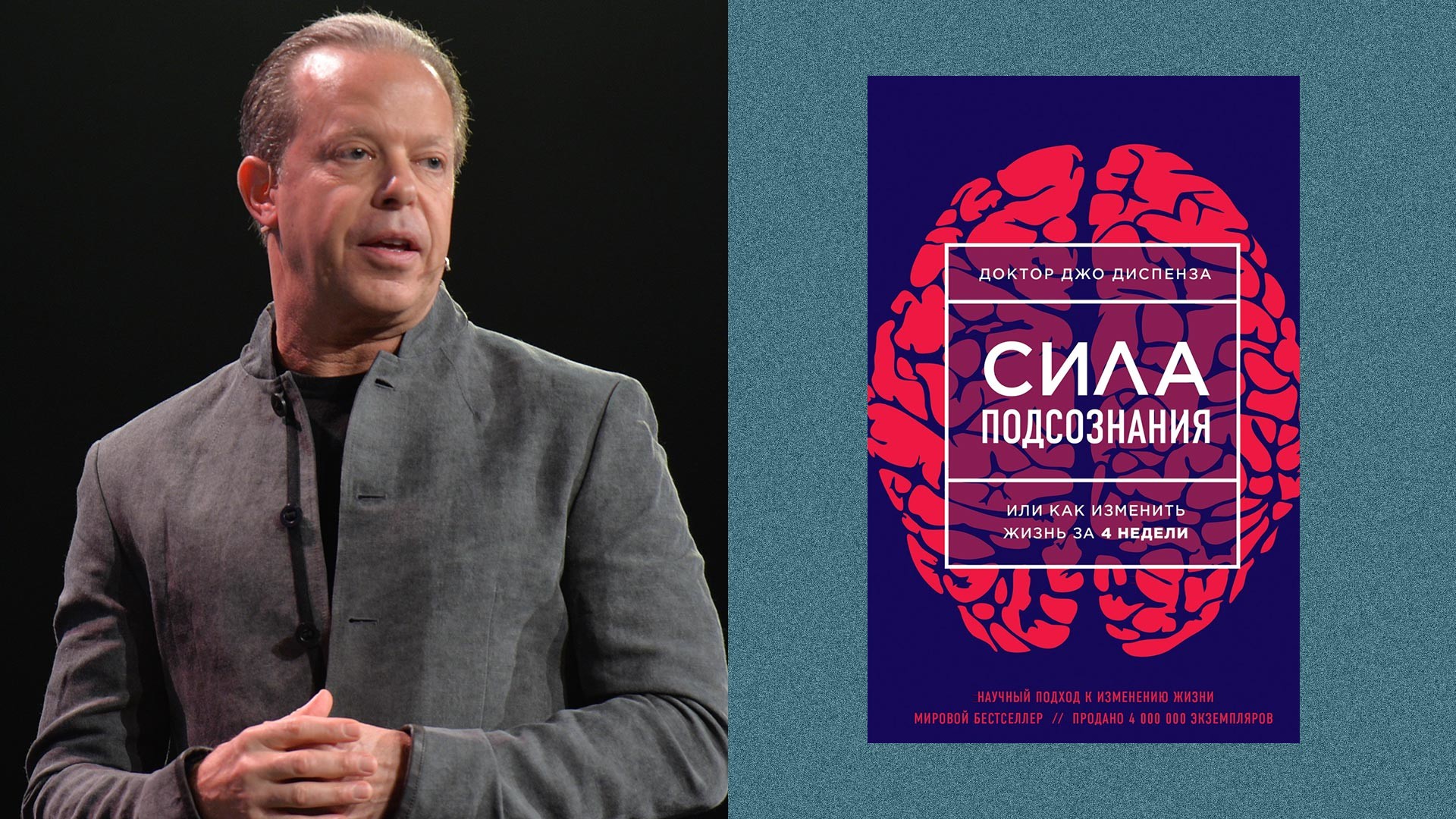 Recently, Russians have increasingly begun to ponder their inner world (especially during the lockdown period). U.S. neuroscientist Joe Dispenza's The Power of Your Subconscious Mind tells about how our thoughts and subconscious affect our lives and the importance of visualizing what we want to achieve. The e-book version has been a bestseller for the past decade. According to Russian distributor LitRes, the title has sold more than 75,000 copies. The audio version is also very popular, as is a separate book about the Joe Dispenza meditation method. 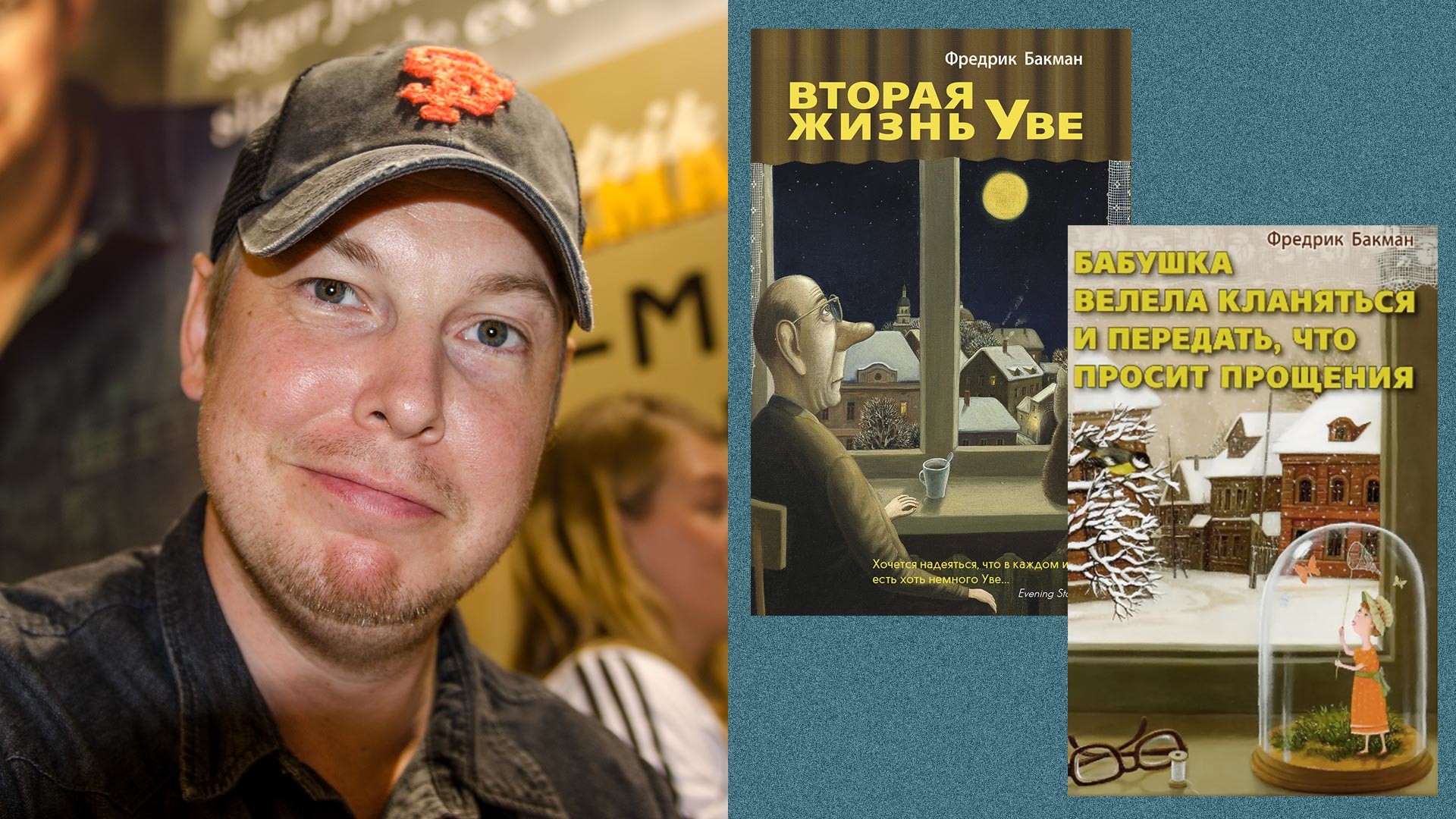 The Swedish writer's novel A Man Called Ove, about a grumpy but kind-hearted old man, was published in Russia in 2016 and immediately endeared itself to Russian readers. In 2020, the audio version was one of Russia's most popular. The author's next book, My Grandmother Asked Me to Tell You She's Sorry, was a Top 20 bestseller in 2018 (more than 40,000 copies sold). The novel's protagonist, an eccentric granny, reminded Russian readers of Astrid Lindgren, Backman's favorite children's author, loved by all Russian children too. 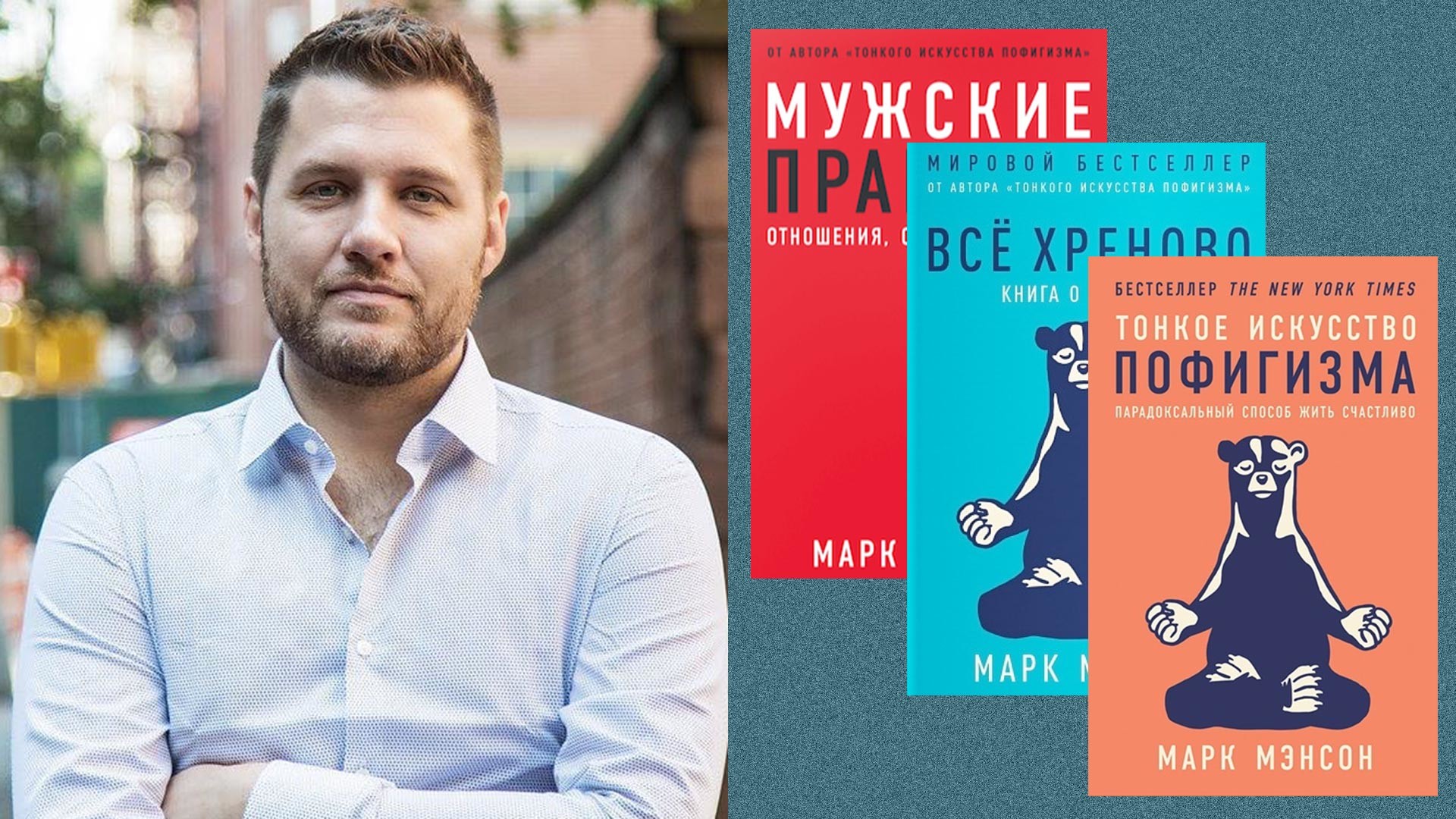 US blogger and personal development consultant Mark Manson's The Subtle Art of Not Giving a F*ck ranks in the Top 10 bestsellers of the decade, according to Russian online retailer Ozon. The book (which critics describe as "Buddhism 101 with lots of swearwords") also rounds out the Top 5 most listened-to audiobooks of 2020. While Russian cultural tradition dictates that suffering is both necessary and purifying, the younger generation prefers the philosophy of whateverism, aka not-giving-a-f*ckism. In 2019, the no less eloquently titled sequel, Everything Is F*cked: A Book about Hope, also flew off the shelves, both real and digital. Oddly enough, the blogger's very first book, Models: Attract Women Through Honesty, was published in Russia last, but immediately entered the Top 10 bestsellers of 2020. 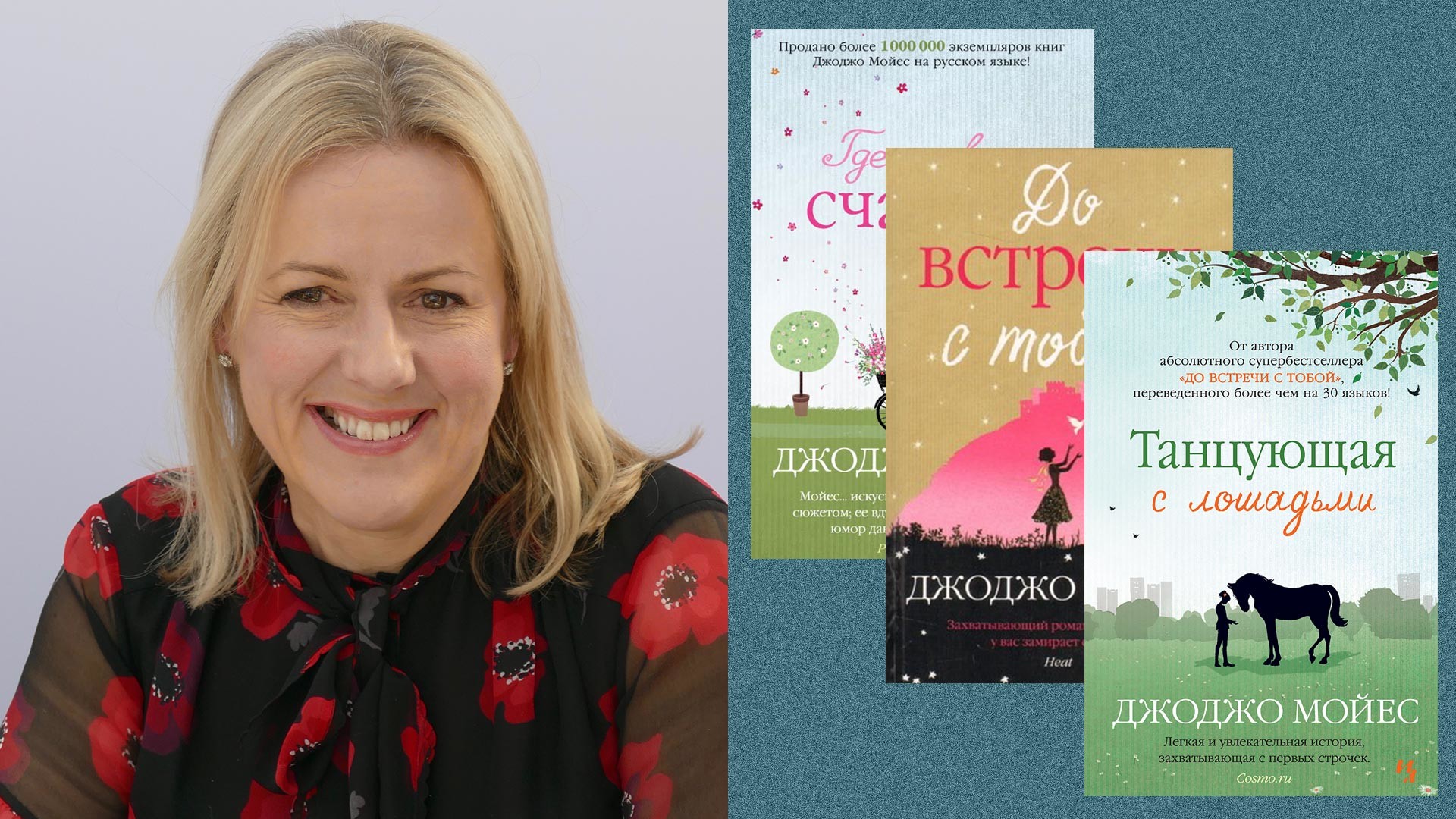 British writer Jojo Moyes' "women's novels" have a faithful readership in Russia. Her book The Horse Dancer was one of the most read books of 2015. Real success (and triple the sales) came in 2016 with the novel Me Before You, also known for the film adaptation starring Emilia Clarke. The sequel, After You, was another big hit in Russia, as was the final part of the trilogy, Still Me. One of the author's more recently translated works for the Russian market, Peacock Emporium, although not quite as successful, was still a bestseller. 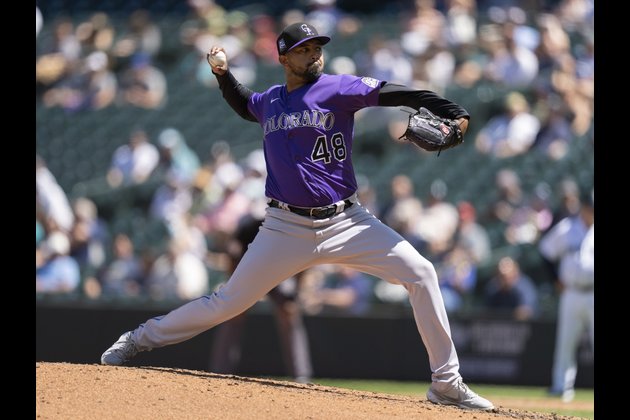