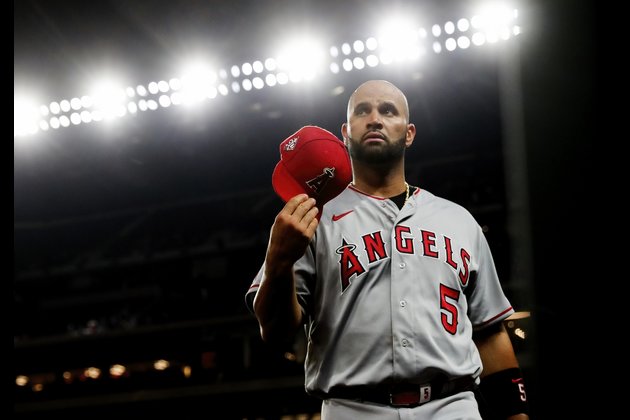 Right-hander Tony Gonsolin was transferred to the 60-day injured list to make room on the 40-man roster for Pujols.

Pujols, 41, cleared waivers last Thursday after being designated for assignment by the Los Angeles Angels on May 6.

The Angels are on the hook to pay the rest of Pujols' $30 million salary. The Dodgers are only responsible for paying the 10-time All-Star a prorated share of the league minimum for the rest of the season.

The first baseman/designated hitter has 3,253 hits, 667 homers and 2,112 RBIs during a career in which he won three National League MVP awards during 11 seasons with the St. Louis Cardinals. He joined the Angels after the 2011 season and was in the final season of a 10-year, $240 million contract.

Pujols, considered a sure Hall of Famer, won World Series rings with the Cardinals in 2006 and 2011.

With the defending World Series champion Dodgers, he provides a right-handed bench bat and an experienced backup for first baseman Max Muncy.