'Game of Thrones' alum Aidan Gillen to star in The O'Neill 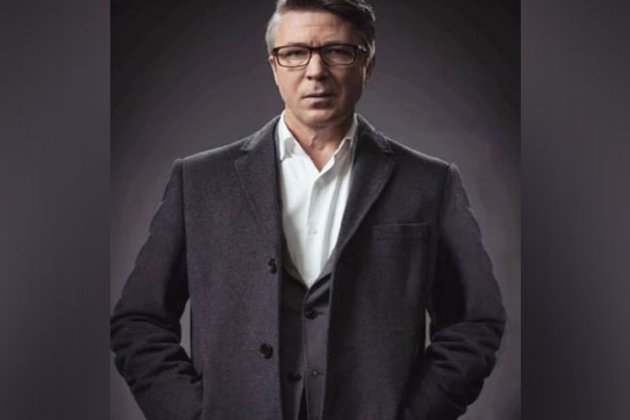 Washington [US], September 13 (ANI): Hollywood actor Aidan Gillen, star of 'The Wire' and 'Game of Thrones', has been cast to play one of the leads in 'The O'Neill', helmed by filmmaker Stephen Saint Leger.

According to Variety, Leger will direct the series' pilot and a number of episodes of this Gaelic Ireland epic based on the life of the greatest hero of the country, Hugh O'Neill.

Set up at Dublin's Revolution Media, headed by Jack Armstrong who originated the series concept, and at top Irish producer Subotica, 'The O'Neill' will be showrun by Tim Loane, a showrunner on Canal Plus' 'Versailles' season 3 and lead writer on Sky/Hulu's 'Das Boot'.

Armstrong will present the series on Tuesday at Conecta Fiction's Pitch Copro Series, the meet's industry centrepiece, where it weighs in as the biggest and most ambitious of titles at the Europe-Latin America co-production forum.

Billed as an epic drama series and structured as four eight-hour seasons, 'The O'Neill' follows Ireland's O'Neill dynasty, its most powerful Gaelic lordship, as in 1560 a nine-year-old Hugh O'Neill is taken from his native Ireland and groomed as an English Lord at the English Court where he forms a tight bond with the future Queen Elizabeth I, only 10 years his senior.

Sent back to Ireland after he came of age to govern for the crown, he has to decide between becoming an English landlord or a Gaelic warlord. His decision would mark the greatest threat to England sovereignty until WWII.

Breaking through in 'Queer as Folk' and famed for his performance as Tommy Carcetti in 'The Wire', Gillen will play Sir Henry Bagnal, Marshall of Elizabeth I's Royal Irish Army and O'Neill's bitter arch enemy.

One of the most popular and most depicted periods of history in cinema and television has been the Elizabethan era, said Loane. "Almost always the narrative is the glory of Empire from the colonists' perspective; we will do a 180 on the period and view events through the eyes of the vanquished, the colonized, of Gaelic Ireland," he added, calling 'The O'Neill' a "Braveheart for television".

Armstrong will produce the series with Subotica's Tristan Open Lynch and Aolfe O'Sullivan.

Loane, Armstrong and historian James Sheridan have spent months researching the period. "This is big, ambitious epic, but also based on real characters and events, and also contemporary, resonating with many of the values emerging in Europe today," Armstrong told Variety.

"Hugh O'Neill managed to unite the clans, which had never happened before, and engaged in what was called the Nine Years War but was really the climax of a 400 years war with England, the last gasp of great Gaelic Ireland. For much of Europe at the time, he was like a rock star," Armstrong continued.

A pilot has been written, as well as a bible for the first season, and the storyline of the subsequent three, he added, as per Variety. (ANI)