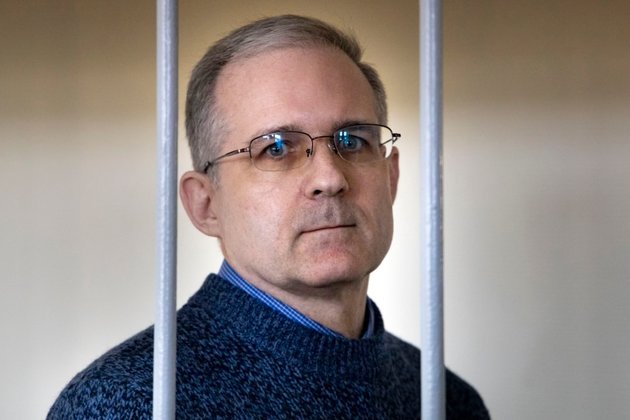 The Supreme Court of Russia's Mordovia region has decided not to hear, at least for now, a request from Paul Whelan, a former U.S. Marine who is serving a lengthy prison term on espionage charges he calls trumped-up, to be transferred to the United States to serve out the rest of his sentence.

The court said in a statement on September 14 that it had decided to send the request back to the Justice Ministry 'to obtain necessary information in accordance with clauses of an international agreement of the Russian Federation, as well as for preliminary coordination [of the issue] with a competent organ of the United States.'

Whelan's defense team initially asked the Moscow City Court to consider their client's request to be handed over to the United States to finish serving his sentence. But the court refused to consider the matter over jurisdictional issues and forwarded it to Mordovia, where Whelan is currently serving his term.

Mordovia is a region located about 350 kilometers east of Moscow known historically as the location of Russia's toughest prisons, including Soviet-era labor camps for political prisoners.

Whelan was arrested in Moscow in December 2018 on espionage charges and sentenced to 16 years in prison in May 2020 following a trial that was condemned by the United States as a 'mockery of justice.'

A holder of U.S., Canadian, British, and Irish passports, Whelan has rejected the espionage charges and accused his prison guards of mistreatment.

The United States has criticized the Russian authorities for their 'shameful treatment' of Whelan.

Whelan was head of global security at a U.S. auto-parts supplier when he was arrested. He and his relatives insist he visited Russia to attend a wedding.

He is one of several Americans to face trial in Russia in recent years on charges that their families, supporters, and in some cases the U.S. government, have said are trumped-up.

Another former U.S. Marine, Trevor Reed, is serving a nine-year prison term in Mordovia as well. He was sentenced in July 2020 on charges of assaulting two Russian police officers.

The U.S. government and Reed deny the allegations and questioned the fairness of his judicial proceedings.