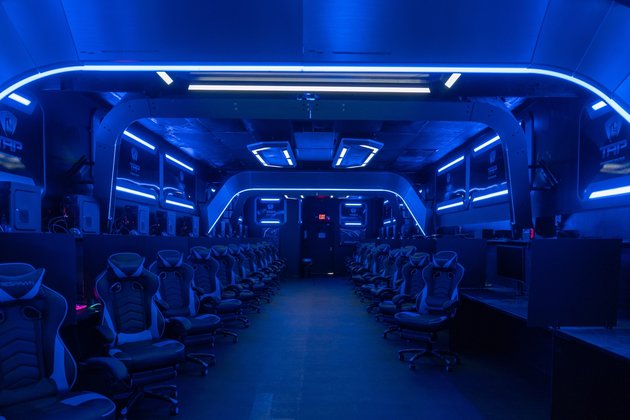 The 2021 League of Legends World Championship Quarterfinals saw a clash of titans from the LPL as EDward Gaming and Royal Never Give Up squared off on Saturday.

The competition was fierce but, in the end, EDward Gaming made franchise history by becoming the first EDG team to reach the semifinalswith a 3-2 series win vs RNG.

The series started off rough for the eventual winners as RNG played methodically in their 29-minute Game 1 win. EDG jungler Zhao "Jiejie" Li-Jie got caught out multiple times trying to make plays as Jarvan IV, leading to a handful of early deaths that all but doomed EDG. RNG didn't need to do anything special, securing objectives and starving EDG out of resources until the lead ballooned at the 25-minute mark, leading to a RNG Ocean Soul, Baron Nashor and eventual win.

EDG bounced back with style in Game 2, engaging in a classic bloodbath of a match. The fighting started early and happened often, with EDG coming out on top most of the time. RNG tried to draft around their weaknesses, mainly mid laner Yuan "Cryin" Cheng-Wei's tendency to lose lane, by putting him on a roaming champion like Annie. EDG forced the issue and punished this by attacking Cryin's roams early and often, preventing him from enabling his side lanes. With the entirety of RNG behind, EDG did what they wanted en route to a 27-minute victory.

With the series tied at one apiece, Game 3 saw RNG get slightly ahead early on, holding at most a 1,200-gold lead around the eight-minute mark. After a key teamfight went south around 13 minutes, though, EDG took the gold lead and control of the map. The stats would indicate that EDG held objective control throughout the match, but Jiejie's Olaf managed to steal a Baron Nashor from under RNG's nose in a 50/50 flip, sealing the deal for EDG once they got Cloud Soul and bot lane carry Park "Viper" Do-hyeon's Aphelios online as a late game carry. EDward Gaming took Game 3 in 37 minutes, threatening to shut the door on Royal Never Give Up.

With their backs to the wall, RNG played to their strengths, putting Cryin on Annie once again, this time to great success. Cryin got help from his roaming teammates early and often, allowing him to roam with impunity and get the rest of RNG ahead in their respective matchups. Everyone on RNG contributed significantly to the kill count, snowballing the game before EDG's teamfighting composition had a chance to come online. Royal Never Give Up lived up to their namesake, taking Game 4 in 28 minutes to send us to the first Game 5 of the 2021 World Championships.

In Game 5, EDward Gaming pinched Cryin's champion pool heavily in the draft, banning five of Cryin's champions (including Annie) and forcing him to take a safe, non-roaming champion in Orianna. With Cryin kept in check, EDG looked to punish RNG jungler Yan "Wei" Yang-Wei's Lee Sin by constantly attacking him, whether in his jungle or in counterganks. In a pivotal Game 5, Wei finished with a 2-7-2 KDA (Kills-Deaths-Assists), preventing the rest of RNG from every truly participating in the mid game. EDward Gaming methodically walked in the 28-minute win, moving to the semifinals for the first time in franchise history.

In the 2021 Worlds Main Event, 16 teams competed in four groups based on seeding, contesting a double round-robin of best-of-one matches in the Group Stage. The top two teams from each group advanced to the Knockout Stage, which consists of a single-elimination bracket.

Teams were randomly drawn for the Knockout Stage so that first-place teams will oppose second-place teams, and no two teams from the same group will be placed in the same half of the bracket.

Matches in the Knockout Stage are best-of-five all the way through the Nov. 6 grand final. The championship team will receive 22 percent of the total prize pool, which would equate to $489,500 based on the minimum guaranteed payout of $2,225,000.

The quarterfinals continue on Sunday with one best-of-five series: