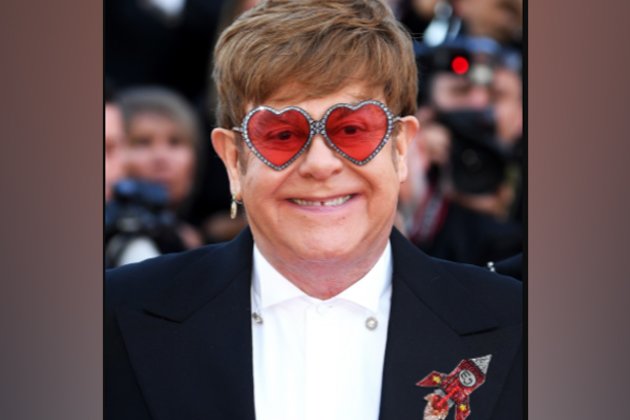 Washington [US], October 23 (ANI): Legendary singer Elton John shared that he wants to spend quality family time with his husband David Furnish and children after his farewell tour ends.

People magazine obtained Elton's latest interview to an outlet where he spoke about the upcoming final legs of his ongoing 'Farewell Yellow Brick Road' world tour, and what he is most looking forward to when it concludes.

"They're going to be teenagers soon, I need to be with them," John told of his two sons: 10-year-old Zachary, and 8-year-old Elijah whom he shares with husband David Furnish.

The singer who will be 76, when the tour gets over added "I don't know how much time I have left on this earth after that. You know, I've had enough applause. I don't want to keep traveling. I don't want to be away from my family."The Oscar winner is currently basking in praises after the success of his latest album 'The Lockdown Sessions', featuring collaborations with younger artists like Lil Nas X, Dua Lipa, and Miley Cyrus, to name a few.

"Everything excites me, just, you know the life I've had, the career I've had, the family I've got, every day is a bonus. I'm sober, I'm clean, and I can appreciate life on life's terms," John said, as per People magazine.

He also admitted that he is "so excited to go and play again in front of people" amid the waning pandemic, and that "the reaction from fans" makes his "soul jump.""I mean, you can't make life up sometimes. It was just going to be me playing on other people's records, and it's spiraled into an album," the five-time Grammy winner said of his new hit collaboration album 'The Lockdown Sessions.'"New music is where the future is. There's a lot of nonsense, but there's a lot of great stuff as well, which doesn't sometimes see the light of day. So I try and give it the biggest boost as I can, and I love it," he said of the record, which also includes a song with Charlie Puth.

For the unversed, John's 'Farewell Yellow Brick Road: The Final Tour' picks back up in January 2022 in New Orleans, Louisiana. He announced the final dates for the world tour in June. (ANI)