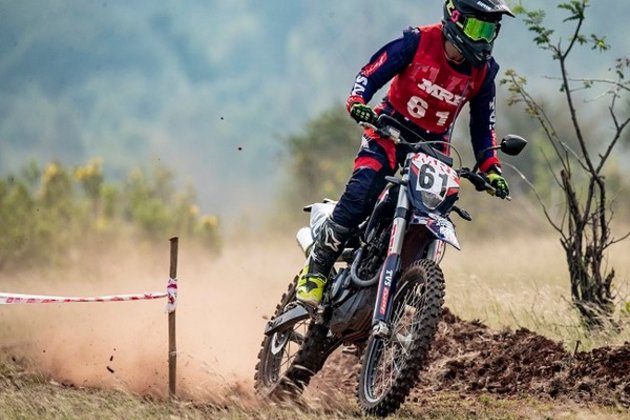 Bengaluru (Karnataka) [India], October 24 (ANI): Defending Indian National Rally Championship (INRC) winner Aishwarya Pissay is gearing up for the second round of the 2021 INRC at Bengaluru which gets underway on Sunday.

Aishwarya, the 2019 World Cup winner, kicked off the season with a solid win at Hampi last weekend and will continue to defend her position at the top in Bengaluru.

Commenting on her performance in the Championship, Aishwarya Pissay said, "TVS Racing team technicians have improved my bike and this gives me confidence going into the rally. The first round of INRC 2021 was a great learning for me.""I am confident that I will put up a good show at the second round of 2021 INRC. My goal is to improve my standings in the overall rankings, which will be a confidence booster," she added.

Aishwarya Pissay, who features as a TVS Racing factory rider, said she made a lot of sacrifices in the past six months while she was injured.

"The past six months were difficult as I was recovering from a crash while racing in Jordan Baja earlier this year. It was a tough period and I had to make a lot of sacrifices," said Aishwarya.

"But I am happy as I was able to get back on the saddle in time. Hyperice supported me and their equipment helped me to recover and condition. and I was able to cope well at extremes temperatures in the Rally of Himalaya," she added.

The second round of 2021 INRC will witness 78 riders in the fray and Aishwarya is confident of a strong show. The Rally in Bengaluru is stretched over a distance of around 100 km, including six Special Stages for a distance of around 51 km with two physical stages namely Jupiter (11.53 km) and Mars (8.1 km) run three times each. (ANI)