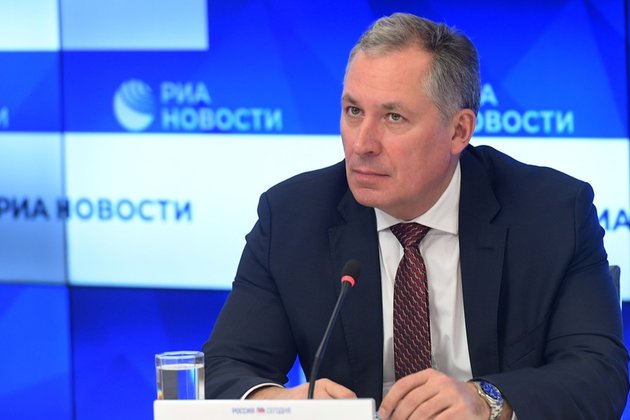 The majority of nations want to see the return of Russian athletes to major competitions, according to Russian Olympic Committee (ROC) president Stanislav Pozdnyakov. He added that there are individuals in some "radical" countries who are trying to prevent that from happening.

Russians remain banned from a wide variety of international sporting events following a recommendation issued in February by the International Olympic Committee (IOC) because of the conflict in Ukraine.

Speaking at an ROC executive committee meeting in Moscow on Wednesday, Pozdnyakov lamented the damage that the sanctions had caused for Russian athletes.

"The situation is unprecedented, blatant and requires the immediate abolition of anti-sports and inhumane restrictions," said Pozdnyakov in comments shared on the ROC website.

"In fact, there is a deliberate violation of fundamental rules, which even the IOC itself recognizes. But for now, sadly, politics is stronger than sports."

Pozdnyakov added that he knew from personal experience that most countries would welcome the return of Russian athletes.

"I have discussed the issue of allowing Russians to participate in competitions with [IOC president] Thomas Bach, as well as with many leaders of international sports organizations," said the ROC president.

"I have never heard from any of them that they do not want to see athletes from Russia at the largest tournaments.

"Yes, there are individual voices of radical countries whose governments see the path of confrontation and division as a convenient chance for their own benefit. But these are the vast minority."

As part of the same speech, Pozdnyakov discussed the ban imposed on Russia by the World Anti-Doping Agency (WADA) in 2019, following accusations of data manipulation by a Moscow laboratory.

The sanctions were initially set for four years, but were later halved by the Court of Arbitration for Sport (CAS) and are due to end on December 17.

However, the full return of Russian athletes and their nation's flag and anthem is complicated by the IOC's separate recommendation to sideline them because of the conflict in Ukraine.

"On December 17, the sanctions imposed by the decisions of [CAS] will expire," said Pozdnyakov.

"There are no prerequisites for any restrictions on the national symbols or representation of the Russian Federation to be extended in any way.

"The CAS decision has been enforced and there are no other legal actions. We have passed a very difficult path with dignity, we have not given a single reason for any insinuations from the outside," said Pozdnyakov.

"At the same time, we remained an easily recognizable team at all Olympic competitions.

"The CAS sanctions will end, but the recommendations of the IOC remain in effect.

"They were issued for purely political reasons, and now every day they bring more and more harm to the International Olympic Committee itself and the entire global Olympic community.

"The removal of athletes on a national basis is contrary to the Olympic Charter... and has no legal and moral grounds," added the ROC leader.

WADA president Witold Banka has said that the Russian Anti-Doping Agency (RUSADA) should not expect automatic reinstatement later this month, asserting that it must pass through several stages before that happens.

The WADA punishment was just one aspect of long-running allegations against Russia which have led to large numbers of athletes being deprived of the opportunity to compete at major tournaments.

Even when they have been cleared to do so, it has often been without their nation's flag and anthem.

Russian officials have consistently denied the claims, decrying them as politically motivated.