Pakistan to pay for Russian oil in currencies of 'friendly countries' 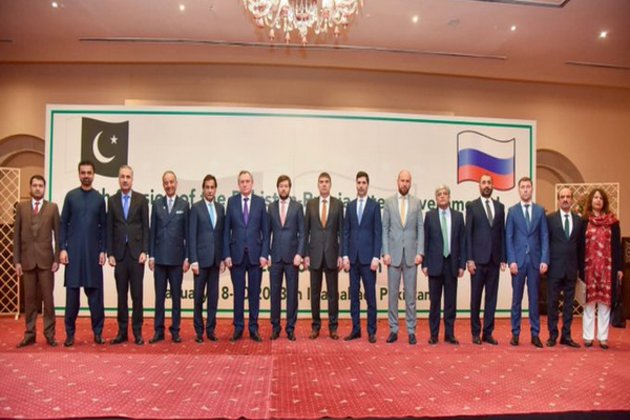 Islamabad [Pakistan], January 20 (ANI): Pakistan will pay Russia for energy purchases, when they start in March this year, in currencies of friendly countries, a top Russian energy official said on Friday.

This understanding was reached at the 8th session of the Pakistan-Russia Inter-Governmental Commission (IGC) on trade, economic, scientific, and technical cooperation, Dawn newspaper reported citing Reuters.

Russia and Pakistan will approve all the details of oil and gas supplies by March 2023, which will be based on mutual interests, according to the joint statement.

"The parties agreed that after reaching an agreement in principle on technical details, the supply of Russian oil and gas to Pakistan will be based on the mutual economic interests of both countries. The approval process should be completed no later than the end of March 2023," the joint statement read, as quoted by Russian news agency Sputnik.

Shulginov specified that discussions on Russia's oil supply to Pakistan would start only after February 5, when the price ceiling on Russian refined products, introduced by the Western countries, comes into effect.

In addition, the energy minister noted that Russia could take part in Pakistan's power generation projects, including on modernization and construction of hydroelectric power plants, as well as modernization of thermal power plants.

In years 2015 and 2021, Pakistan and Russia signed two agreements for the construction of the USD 2.5 billion pipeline, which was slated to begin last year but could not be started due to global sanctions on Moscow, The Express Tribune reported.

Cash-strapped Pakistan has been reeling under an energy crisis, with increasing requirements of oil and gas amid inflating the current account deficit because of oil payments.

The Pakistani daily said the procurement of oil has long been a centre of local politics, particularly after former premier Imran Khan's visit to Russia only a day before it launched its war on Ukraine in February last year. (ANI)