G20 working group meeting on environment to be held in Bengaluru 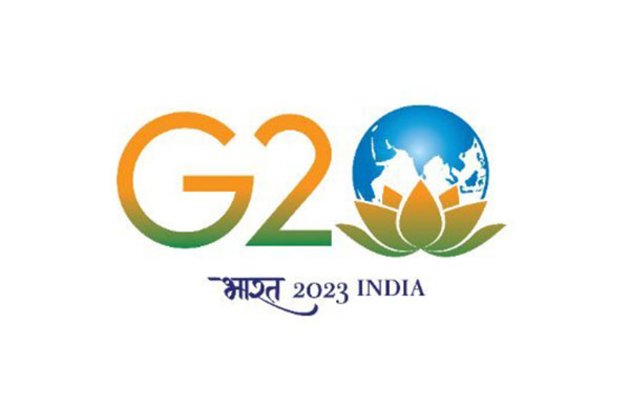 New Delhi [India], January 21 (ANI): The first G20 environment meeting is scheduled to be held during February 9-11 in Bengaluru at the Taj West End.

For preparedness and better coordination, a planning meet between Leena Nandan, Secretary, Ministry of Environment, Forest and Climate Change (MoEFCC) and Vandita Sharma, Chief Secretary to Government of Karnataka was held on January 21 at Bengaluru.

Nandan requested the state government to provide branding spaces at prominent locations to highlight the meeting. While appreciating the ambience of Bengaluru and its green environs, the Union Secretary also requested the Chief Secretary to facilitate an excursion tour of the G20 delegates to Bannerghatta Biological Park. The Chief Secretary assured full support for making the first G20 meeting on the environment scheduled at Bengaluru, a big success.

The Union Secretary, during her discussions with the Chief Secretary, highlighted and appreciated the innovative Information Technology solutions devised by the Karnataka State Forest Department to ensure faster delivery of public servicesreal-time monitoring of natural resources. One key initiative is e-Parihara, an online application that helps in the processing and sanction of ex-gratia claims in cases of man-animal conflicts; thus, bringing transparency and efficiency to the processing of claims.

The Forest Fire Management System is a comprehensive solution for planning, mitigation and analysis of forest fires which provides forest fire risk zonation mapping, fire start vulnerability mapping, and burnt area assessment along with a robust system for dissemination of active forest fire alerts to ensure that all fire incidences are addressed and mitigated in a time bound manner.

The G20 delegates are scheduled to visit the Kalkere Arboretum and Bannerghatta Biological Park at Bengaluru. At Kalkere, the delegates will have an opportunity to visualize and experience four predominant forest ecosystems of Karnataka state. The State Forest Department will also showcase the forest restoration models adopted in these ecosystems and the successful revival of faunal biodiversity in these areasThe Bannerghatta Biological Park will showcase the state-of-art butterfly park and animal safaris to the delegates. The Karnataka Forest Department will also highlight the flagship ecotourism model, the Jungle Lodges Resort, which is extremely popular among nature lovers, globally.

The Commissioner of Tourism stated that the rich legacy of Karnataka handicrafts and textiles would be showcased through the pavilions at the venue. The Secretary, of Culture, stated that the artistic depiction of Karnataka by Nadaswaram, the performance by the Ayana Dance Company and the flute recital by Sumukha Rao are planned. These events will showcase the rich cultural and artistic heritage of Karnataka, ensuring that the delegates carry a flavour of Karnataka with them.

The Secretary MoEFCC lauded these initiatives and stated that they would be shared with all G 20 countries for adoption and replication.

India will hold the Presidency of G20 for one year till 30th November 2023. The forum will bring together the G20 member countries, guest countries and international organisations invited by India. Through the Sherpa Track, 13 Working Groups and 2 Initiatives will meet under India's Presidency to discuss priorities and provide recommendations. Environment, ClimateSustainability is one of the working groups under the Sherpa Track.

Four Meetings of the Environment and Climate Sustainability Working Group (ECSWG) are scheduled, to be hosted by the Ministry of Environment, Forest and Climate Change (MoEFCC). The discussions at ECSWG will focus on the agenda 'Promotion of Blue Economy along with Coastal Sustainability', 'Restoration of Degraded Lands and Ecosystems' and 'Enhancement of Biodiversity' and 'Strengthening of Circular Economy'. (ANI)